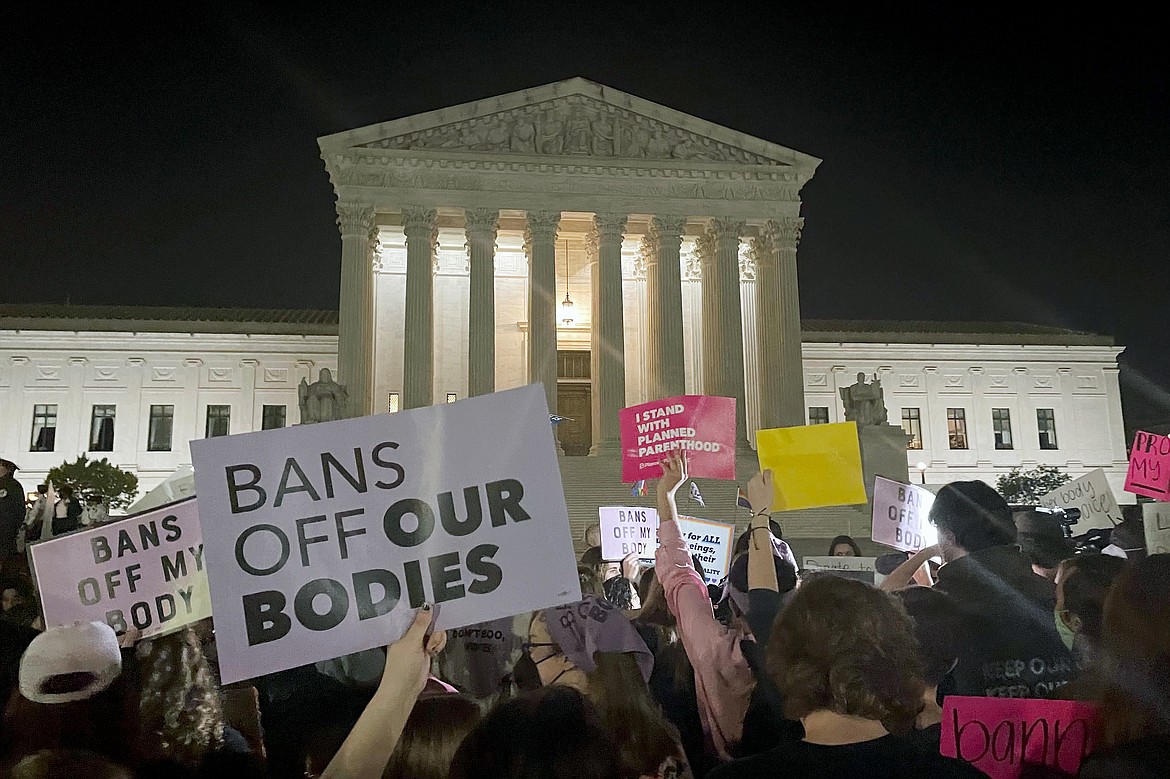 A crowd of people gather outside the Supreme Court, Monday night, May 2, 2022 in Washington. A draft opinion circulated among Supreme Court justices suggests that earlier this year a majority of them had thrown support behind overturning the 1973 case Roe v. Wade that legalized abortion nationwide, according to a report published Monday night in Politico. (AP Photo/Anna Johnson)

A draft opinion suggests the U.S. Supreme Court could be poised to overturn the landmark 1973 Roe v. Wade case that legalized abortion nationwide, according to a Politico report.