Steve Shapero, Founder and Executive Director of the Bigfork Independent Film Festival, stands beside the Bigfork Center for the Performing Arts, where the festival will take place. (photo provided)

This year marks the fifth anniversary of the Bigfork Independent Film Festival.

A signature film event for Northwest Montana, BIFF has evolved over the years and now attracts filmmakers from across the state and internationally. As it successfully did in 2020, BIFF 2021 will offer filmgoers the choice of watching the films in person at the Bigfork Center for the Performing Arts or on demand in the comfort of their homes.

“The biggest changes we’ve seen over the past five years is how the audience size has increased and how we’re getting a much higher number and quality of films,” BIFF Founder and Executive Director Steve Shapero said. “This year we received 65 submissions from across Montana and one from Spain that was shot in Montana.”

Shapero points out that, while there are lots of great film festivals in Montana, BIFF is the only one that concentrates exclusively on Montana filmmakers or films that are made in Montana.

“Our goal from the beginning has been to provide a place for Montana filmmakers to show their work,” Shapero said. “These filmmakers don’t have much chance to have their films shown or to win awards in larger festivals. It’s a highly competitive industry and easy to get discouraged. Being a much smaller competition, BIFF gives them a platform. Filmmakers really appreciate that.”

Independent filmmaking has changed considerably in the last 10 years or so, Shapero said. Opportunities to be successful and even make money are now possible that weren’t before.

“Over that last five years, we’ve realized a lot of people who never made movies are making movies now,” Shapero said, noting that filmmaking is more affordable, equipment is inexpensive and training is available.

“There are YouTube videos on filmmaking,” Shapero said. “There are streaming platforms like amazon.com. If you’re good at it, you can make a living at it with the distribution models now available.”

THIS YEAR BIFF is partnering with the new Whitefish-based Winterland Film Festival to coordinate efforts.

“We met with Winterland’s Co-founder Anderson Rosenthal who is planning a giant event with an international focus,” Shapero said. “We clicked. We found we could keep doing what we’re successful at — the Montana piece — and they could provide us with creative and technical support. This year they’ve helped us with our digital marketing and expanding our festival’s social events.”

Planned for March 17 to March 22, 2022, the Winterland Festival and Technology Summit will be a large-scale, environmentally conscientious event in Whitefish. Organizers are in the process of gathering films.

Other support for BIFF is provided through the Montana Film Office.

“We work closely with the office,” Shapero said. “It’s a big financial supporter, which means the state of Montana supports us. They also help to promote us and help us be successful.”

Of the 25 films selected for this year’s festival, including feature-length films, documentaries, short films and student films, there are four in particular that Shapero said really stand out.

‘“Keeping the Barn’ is pure Montana, a nice story,” he said. Part of the festival’s PBS film block, the documentary depicts how Montana farm families struggle to maintain their iconic, historic barns.

‘“They are Gone’ is a wonderfully made, though sad, documentary about the troubling issue of missing and murdered Indigenous persons,” he said.

“The film ‘Gossamer Folds’ was produced by Yeardley Smith, who plays the voice of Lisa Simpson on ‘The Simpsons,’” Shapero said. “She’s a Hollywood person and does a lot of LGBTQ films. The script came to her and she hired first-time director Lisa Donato, who lives half the year in Billings and half in Texas, for the film, which addresses the question of how kids learn prejudice.”

‘“Peckinpah Suite’ is a fascinating, emotional film by a Spanish director that documents the story of legendary Hollywood director Sam Peckinpah when he lived at the Murray Hotel in Livingston for five years late in his life,” Shapero said. “His films were considered very violent in his day. He was a forceful, but troubled man, an alcoholic.”

While the narration is in Spanish, the interviews are in English and with the subtitles, Shapero said it’s easy to watch.

“Considering Covid shut down much of the country and the film industry last year, it’s important to note that all these folks were making their movies.” Shapero said.

The fact that BIFF is offering both in-person and on-demand opportunities to see the films is a sign of the times.

“Of course, we’re going hybrid again this year with BIFF. We’ll probably be hybrid forever. The industry is changing because of Covid ... and so are we.”

Entertainment Editor Carol Marino may be reached at 406-758-4440 or thisweek@dailyinterlake.com.

Tickets for BIFF 2021 are now on sale online at mtbiff.com. They can also be purchased at the venue during festival hours, 9 a.m. to 9 p.m. The festival runs for three days, Oct. 8 to 10. Face masks will not be required, though precautions will be in place. Some films are not suitable for children and are noted on the schedule.

For the complete schedule and to buy tickets, visit https://mtbiff.com

Explore the Selected Films Details page and read about the 25 Montana independent films being shown and the two filmmaker workshops. Then go to the Festival Schedule page to see when your favorite films are playing, or your workshop is happening. Purchase a workshop ticket, film block ticket, day pass, or an all-access pass. Besides films and workshops, several social events are also scheduled, which are free and open to the public.

The festival starts Thursday, Oct. 7, with a kick-off party at 7 p.m. at the Lake Baked/River View Bar in downtown Bigfork. There will be live music and the award-winning musical comedy “Your Musical is Cancelled: The Musical,” which was made in Whitefish during the pandemic, will be shown on an outdoor screen, free of charge. The public is invited.

Friday’s Montana PBS Block 1 begins at 6:30 p.m. Six additional film blocks will be shown Saturday and Sunday, Oct. 9 and 10. All festival events take place at the Bigfork Center for the Performing Arts, unless otherwise noted.

Filmmaker Workshops. Tickets can be purchased online or at the venue Friday ($10 adults/$7 seniors).

11 a.m. — Successful local filmmaker Ridge Mallery will teach attendees how to make money on their film once it’s completed.

3 p.m. — Hollywood story analyst and script consultant Barbara Schiffman will talk about how to pitch your idea, script or film project to film industry people and financiers.

Like last year, BIFF On Demand allows you to watch all the films in the comfort of your home, or anywhere, for one price. The online version of BIFF starts Oct. 11, the day after the live festival ends.

BIFF, with the help of the Winterland Film Festival, was able to create a virtual film festival (minus the Q&A sessions and social events) using Filmocracy.com. Patrons can log into Filmocracy and purchase a premium Filmocracy subscription for $29.99. They can then watch all of BIFF’s films on almost any device. Information about and trailers for the films are available online at mtbiff.com. After they watch a film, they can rate it and their rating goes toward picking the Audience Choice Award winners. As a premium

BIFF is a registered 501(c)(3) nonprofit corporation in the state of Montana. 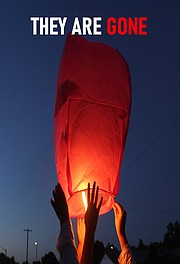 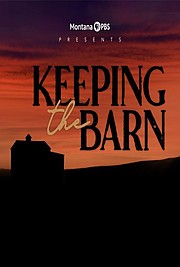 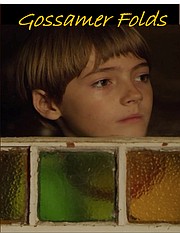 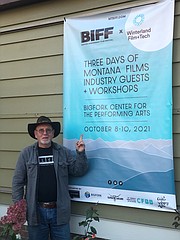 Steve Shapero, Founder and Executive Director of the Bigfork Independent Film Festival, stands beside the Bigfork Center for the Performing Arts, where the festival will take place. (photo provided)