In the early morning hours of May 6, 2022, Darlene Allik gently passed on, being welcomed into heaven by family and dear friends who had gone on before her.

Mom was born in Strathcona, Minnesota, on May 18, 1933, to Ted and Gladys Stahlberg. The family grew with the birth of two brothers, and one little sister.

In 1947, the family moved to Somers and in 1950, Darlene graduated from Flathead County High School. Upon meeting a young Canadian man, she fell in love and married Leonard Michael in 1951. They moved to Campbell River, British Columbia, where Dad’s family lived.

In the incredible time before her passing, Mom and I had many amazing chats. I was enchanted when she told me about standing in the rain with her new sister-in-law. They had been in Vancouver and were able to see the young Queen Elizabeth in her carriage.

Eventually, the family moved back to Montana, first to Columbia Falls, then to Kalispell. Ultimately, they moved to Polson where they raised their daughter and three sons.

In addition to caring for her little ones, Mom usually worked in a variety of jobs. For years, she worked in the meat department at the B and B. (Dad was the meat cutter.) There were also the years that Mom and Dad had a greenhouse, selling bedding plants every spring.

All could always count on Grandma’s home being a safe haven.

Although her last days were not as she would’ve liked, they were filled with love and will always be treasured.

We didn’t lose Mom, we gained an angel!

She was preceded in death by her husband, parents, brother Bob and sons, Greg and Mark.

Private family services will be held.

Memories and condolences may be sent to the family at www.lakefuneralhomeandcremation.com. Arrangements are under the care of the Lake Funeral Home and Crematory. 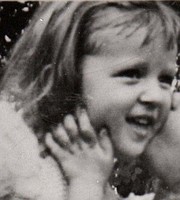