Judge Dan Wilson ordered Nov. 14 the jury trial of accused murderer Del Orrin Crawford pushed to the summer months at the request of his defense attorney.

In a motion filed in district court on Nov. 10, attorney Daniel Wood asked to delay the trial to better coordinate with experts and confirm the participation of key witnesses. He wrote that he relayed to Crawford that the move potentially represented the waiver of his right to a speedy trial.

Deputy County Attorney Stacy Bowman, who is prosecuting the case, did not oppose the motion.

In his order, Wilson wrote that Wood showed good cause for the delay and set the trial for his July jury term.

Authorities arrested Crawford after he allegedly opened fire during an Aug. 27 confrontation at the bar. The gunfire left Whisper Sellars dead and her husband, Doug Crosswhite, seriously injured with wounds to his arm and chest.

Crawford fled after the shooting, but eventually surrendered to authorities on South Fork Road, court documents said. He allegedly hid the firearm used in the shooting prior to entering into custody. Authorities later recovered the weapon.

In October, he and his attorneys unsuccessfully sought to see his bail, which was set at $750,000, lowered. He posted bond not long after and was released with conditions, including GPS monitoring.

News Editor Derrick Perkins can be reached at 758-4430 or dperkins@dailyinterlake.com. 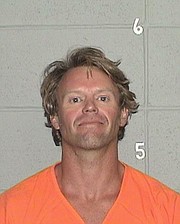