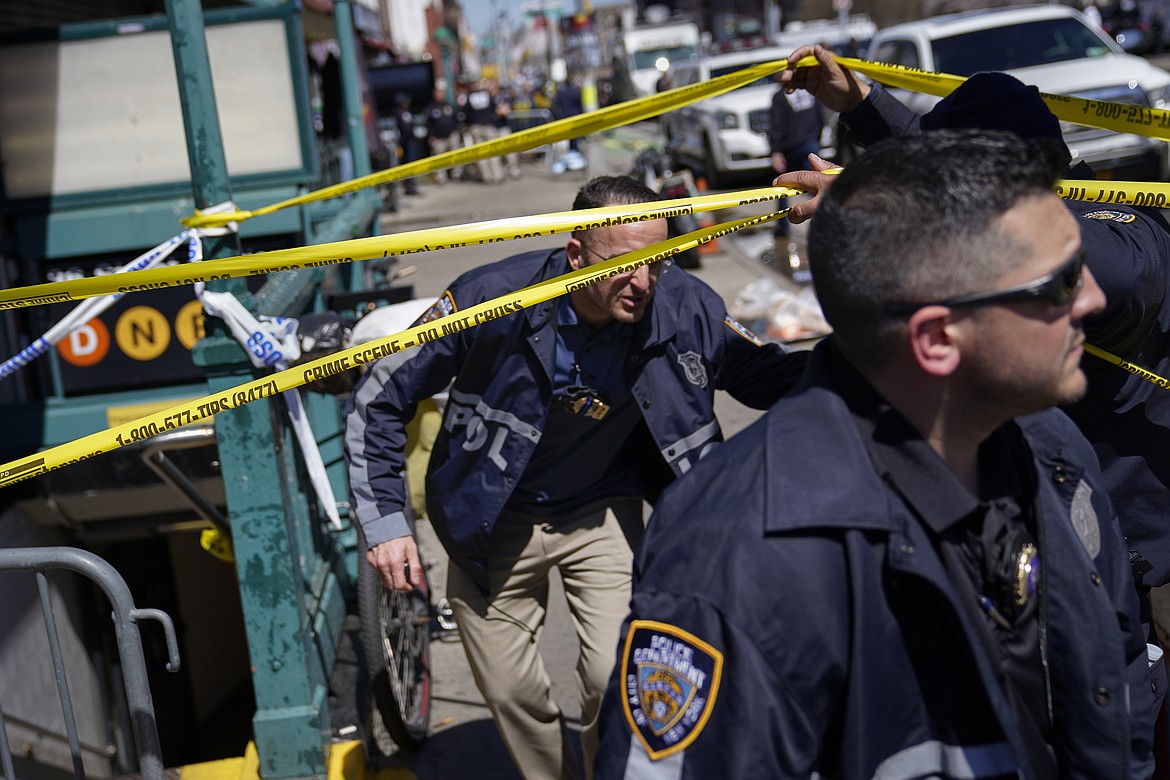 Emergency personnel gather at the entrance to a subway stop in the Brooklyn borough of New York, Tuesday, April 12, 2022. Multiple people were shot and injured Tuesday at a subway station in New York City during a morning rush hour attack that left wounded commuters bleeding on a train platform. (AP Photo/John Minchillo)

NEW YORK (AP) — The man wanted in the shooting of 10 people on a subway in Brooklyn was arrested Wednesday afternoon, a day after the attack on a crowded rush-hour train.