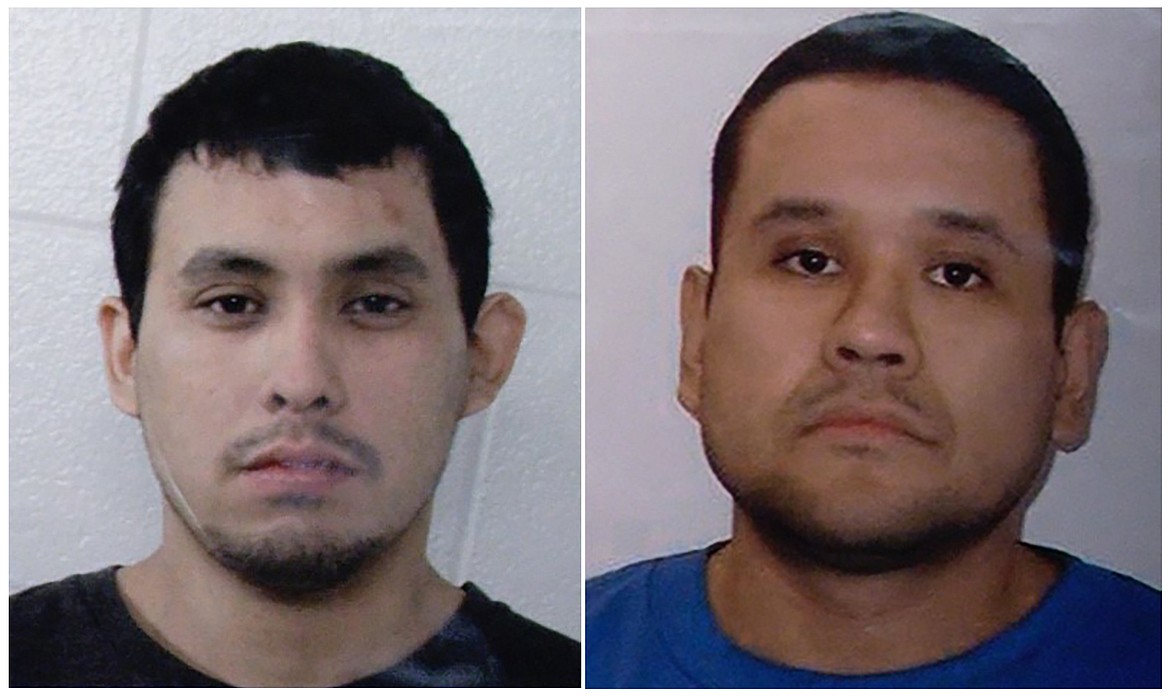 This combination of images shown during a press conference at the Royal Canadian Mounted Police "F" Division headquarters in Regina, Saskatchewan, on Sunday, Sept. 4, 2022, shows Damien Sanderson, left, and Myles Sanderson. Authorities identified the pair, who are presently at large, as suspects in a series of stabbings in two communities in the Canadian province of Saskatchewan that left multiple people dead and others wounded. (Royal Canadian Mounted Police via AP)

REGINA, Saskatchewan (AP) — A series of stabbings at an Indigenous community and at another town nearby in the Canadian province of Saskatchewan left 10 people dead and 15 wounded, Canadian police said Sunday as they searched for two suspects.